0 Comments
Sell it Rick! This video tidbit of another round between GM, Ford, Chrysler, and UAW is just the introduction. First impressions are so important don't you think everyone? Feel free to share any comments about this 3min video clip. I might ask and see if Uncle Sam can fund me a new Tahoe! http://...

A Call to More Help for Homeowners

0 Comments
So this is the type of strategy I think will be a big part of balancing the financial sector and US economy. "writing down the value of a loan's principal amount in "cases of badly under water mortgages," to reflect the decay in real estate values" They will be government-backed so hopefully that...

0 Comments
Here is some interesting news to share about the region. Wyoming has the nation's 44th lowest foreclosure rate for 3rd quarter in 2008.  There were a reported 255 homes in some stage of foreclosure. In nearby states, Montana was ranked 46th, South Dakota 49th, Colorado 5th, Utah 10th, and Idaho 1...

Why the mortgage crisis happened

0 Comments
Very good insight into the mortgage crisis. Just goes to show how prevalent the Robin Hood mentality is in the country and the dangers associated with it. http://www.investors.com/editorial/IBDArticles.asp?artsec=5&issue=20081029

0 Comments
Its funny how sometimes the most simple advice can be most effective. In learning how to become an effective negotiator I've stumbled upon one principle that could very well be the only one I need... That principle is to always ask "Why?" "Why?" is often the beggest single weapon in a negotiation...

0 Comments
I'll be honest and say that some HOA's drive me crazy. People can tend to take things too far and when I say too far, I'm not talking about the standards but the attitudes of those enforcing such standards. Lets all be kind to our neighbors and work together instead of being pushy, insulting, and...

0 Comments
As part of the Rescue Bill, Congress also increased FDIC deposit insurance from $100,000 to $250,000 for all of an individual's accounts at a single institution. For one year, joint accounts, retirement accounts, and trust accounts are insured separately. This means a married couple can insure up...

6 Comments
Have all your clients sell their homes with you and then refer them to me so we can find their dream home in Fort Collins, Colorado! The publicity surrounding Fort Collins has really been a wonderful boost to the housing market here. Voted #1 by CNN Money in 2006... http://www.youtube.com/watch?v...
Previous 1 2 3 4 5 Next
Back to Top Archives
Rainer
18,481 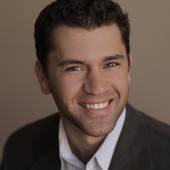 Hello and welcome to the official blog for Alexander Elkorek.